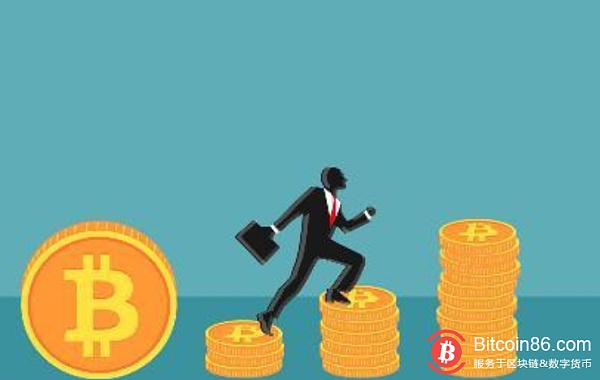 Bitcoin is still the industry's cyclical volatility benchmark. This is a very twisting industry. When we are in the cryptocurrency industry and in the entire market, what state are we in?

With a round of sprinting, in the rising wave of the blockchain revolution, everyone suddenly found that Bitcoin returned to 10,000 US dollars, Weibo hot search was also hung up, in the FOMO mood, and then Bitcoin again The decline, the minimum approaching 10,000 US dollars, and thus "bitcoin fell below 10,000 US dollars" also boarded the microblogging hot search, hot search sentimentally showed the market mentality in this bitcoin price shock.

The cycle theory of Bitcoin is the logic of concern and recognition in the industry. This is the path dependence of the past market. More reasons are derived from the cyclical charm brought by the halving of Bitcoin. After each cycle. The 10 times increase makes everyone more imaginative. After all, the cycle of halving is getting closer and closer. The outstanding performance of Litecoin in the halving of this round has brought more confidence to everyone.

In the view of Xu Yinglong, CEO of Keyin Capital China, the strength of Bitcoin in this round basically reflects the deviation of the understanding of the industry in the whole market. Most of the insiders and outsiders hold the position of bitcoin, which is empty. In this market upswing, the entire market is under no pressure, and after breaking through 4,200 dollars, almost all the way. Bitcoin's market capitalization ratio is also rising all the way, up to 62%.

The bear market is a very hurtful thing. It hurts everyone to clear the position, and the miners will shut down. The situation at the end of last year is not surprising. In each round of cycle adjustment, such scenes can be clearly seen, everything As the gods are at dusk, everyone says it is cold. In the past, the industry dynamics we have been exposed to are basically cutting meat and eating melon. Many people endure pains and cut meat. After killing, they make a melon and watch the market volatility.

Xu Yinglong, CEO of Ke Yin China, said that the inertia of thinking that overcomes path dependence is the basic cultivation that every practitioner must do.

Path dependence is the most serious emotion in the entire market. The cycle has reference value for us, but we must eliminate the influence of path dependence on us. So this can also explain very well the recent surprises. No one would think that the strong pressure of 6000 can be easily broken. Even with the release of various positive news and the fanaticism of retail investors, the BTC price will go to 8000. In this process, the squatters smashed the thighs, and the full warehouse was smug, and the market was immersed in the madness of the bull market.

If we again call back the time axis, the time is fixed on April 2, the second day of April Fool's Day, the SEC approved the release of the fake news of the Bitcoin ETF, so that BTC suddenly soared after a long boring, from 4,300 dollars a Jumped to 5,100 dollars. At that time, everyone also hesitated about the arrival of the bull market. The 18-year short earned a lot. "Recall", the market will call back to become a lot of people's obsession.

Xu Yinglong said that we always use the currency to measure bitcoin. However, as a practitioner, the whole world should be measured from the perspective of bitcoin. At this time, the perspective will be very different. Since the total amount of Bitcoin is constant and the output is declining, Bitcoin has been creating a new currency increment that cannot keep up with the deflation world of its new demand, so the price of Bitcoin has gradually increased. Therefore, under the premise of the stable existence of the Bitcoin system, as long as we hold the currency, we can get huge profits in the future.

If we further analyze this view intuitively, we will look at the US dollar with Bitcoin as the reference system and find that the US dollar is a zero return. The US dollar fell from 2 billion Cong all along in 2010 to 10,000 Cong at the end of 2018, and will continue to fall, close to zero. Looking at the world in the bitcoin standard, most of the assets are similar in trend, sustained depreciation, and continuous depreciation. Not only that, but they also fluctuate wildly.

It's like sitting on a rocket and looking at the ground. Everything is shaking, it is getting smaller, it keeps getting smaller, it keeps getting smaller until it disappears. In addition, everyone's obsession with the cottage is also the reason why many people are taking the time. This is still the same latitude problem. Everyone thinks that Bitcoin will rise to a certain extent and the funds will flow to other mainstream currencies. Then the funds will flow into the altcoin. After the altcoin is crazy, it suddenly falls and the bubble collapses. End, but the story of the cottage may have become a past tense.

Xu Yinglong said: Blockchain technology is changing with each passing day. As practitioners, we have been firmly committed to the subversion and change of blockchain technology for the whole world. Branch Bank Capital has been working hard to discover such "silver bullets", but for the time being, we have not found A sexy story that can surpass Bitcoin.

In the last round, along with the outbreak of ETH and its currency, the market value of altcoin exceeded 50% of the entire encrypted digital currency market, and from the current overall market capitalization, the huge amount of funds still did not come in, many people still Is in a state of wait and see,

Xu Yinglong mentioned on several occasions that Bitcoin is and will evolve in ways we cannot understand. How to understand Bitcoin well is an understanding upgrade that every one of us has to do every day. Bitcoin will break out and will be silent, but the outbreak will always make the industry full of impetuousness and bubbles. The bubble is not bad. The bad thing is that there are too many speculators staring at the bubble. They never look at the bubble and look for it. Explore and strengthen the supporting nature and support points of this industry.

Finally, I would like to share with you investment and speculation. We can see that there are people coming out of the market every day. Everyone passes by and ignores each other.

Those who used to have hundreds of millions, billions, and billions of assets have shrunk to tens of millions, millions, and hundreds of thousands. What is the reason for this? It is speculation. There is also an obvious feature in speculative people, that is, if there is money to make money, choose to enter, there is no money to earn here, choose to leave, to find the next opportunity for speculation. Speculation is not only a feature of admission, but he also has strong exit characteristics.

Investors may be the same as speculators when they enter the market. They are not the same place to leave. If you don't want to miss it, and you have a hundred times the benefit of a lot of people, don't leave. Just like in Texas Hold'em, the most powerful person is a short code entry.

The market rushed to 10,000 US dollars and swooped down, and swooped up. The callback is a particularly good thing, because the market callback is a process of suppressing human greed. Bitcoin is in a clear rising picture. Everything will have a callback in the process of upward growth. If you encounter difficulties, you will encounter problems, then solve it, puncture it and continue to rise. The thing that rises in a straight line is only a scam, because he has to rise straight and capture the greed of people. The spiraling things challenge humanity and test our judgment.

Deutsche Bank executives: The US central bank may cut interest rates is one of the reasons for the rise in bitcoin

The mainstream currency has been fully adjusted, and Ethereum has fallen by more than 10%.

Australian financial show host: Suspicious of anyone who has attacked Bitcoin and now calls himself a "Bitcoin Professional"

Market Analysis: BTC fell for the first time this month, appearing at the top of the stage