According to Trustnodes, the number of trades and inputs on the Bitcoin network has recently risen to near-historical levels, although bitcoin prices are down about 40% from historically high levels. According to Bitcoin Visuals data, the transaction input on July 1 was about 860,000, close to the January 1818 high of 885,000. Bitcoin trading output has recently reached a record high of just over 1 million at the end of 2017, when Bitcoin prices reached nearly $20,000. While the chart shows some of the activities in mid-2015, it can be attributed to tests related to the expansion discussion. TrustNodes pointed out that the chart shows "about 1 million bitcoin transactions." A bitcoin transaction can have multiple recipients, meaning that a transaction can send funds to a different address. Because a bitcoin transaction can have different inputs and outputs: different addresses can send funds to different addresses in a single transaction. With this in mind, bitcoin network usage is clearly approaching record highs. If you zoom in on the chart, the number of Bitcoin transactions seems to have remained the same since April, while actual usage has increased. TrustNodes added that if this data is compared to other top-level decentralized cryptocurrencies, the Bitcoin network will be found to be the most used, although Ethereum has a higher daily transaction volume. In addition, as Bitcoin wallet Electrum will increase lightning network support, its use may soon grow even more.

Legal experts: investors in exchanges such as Gatecoin have a bleak prospect of recovering crypto assets 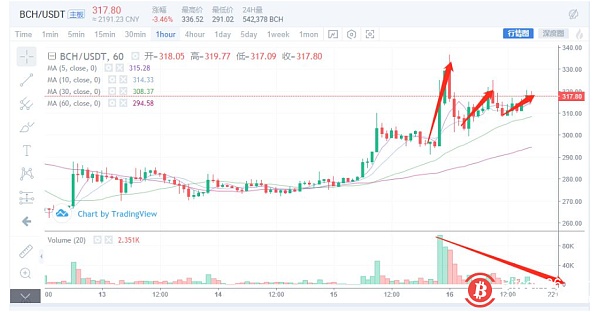