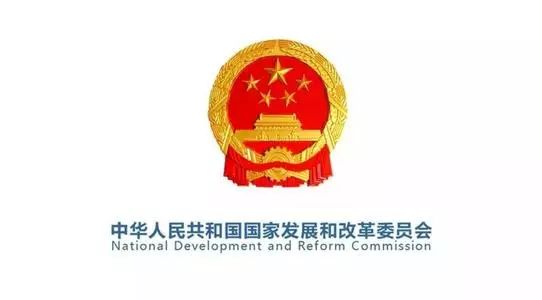 Abstract: A related policy issued by the National Development and Reform Commission, for the first time, the word “mining” of virtual currency has emerged, which has drawn attention in the industry. On April 8, the National Development and Reform Commission announced the Catalogue of Guidance on Industrial Structure Adjustment (2019, Draft for Soliciting Opinions), and publicly solicited opinions from the public.

A related policy issued by the National Development and Reform Commission, for the first time, the word "mining" of virtual currency appeared, which caused concern in the industry.

On April 8, the National Development and Reform Commission announced the Catalogue of Guidance on Industrial Structure Adjustment (2019, Draft for Soliciting Opinions), and publicly solicited opinions from the public.

The reporter consulted the “Industrial Structure Adjustment Guidance Catalogue” with a length of more than 58,000 words. The general purpose of the catalogue is:

Put the focus of economic development on the real economy, promote the integration and development of rural one, two, and three industries, and promote rural revitalization;

Use market-oriented and rule-of-law methods to vigorously eliminate ineffective supply.

The reporter learned that the catalogue of the NDRC consists of three categories: encouraged, restricted, and eliminated.

The encouraged categories include a total of 42 major projects, including agroforestry, water conservancy, coal, electric power, new energy, information industry, financial services, technology services, human resources services, and artificial intelligence related industries. It is mainly an important role in promoting economic and social development, and is conducive to meeting the needs of the people's better life and promoting high-quality development of technology, equipment, products and industries.

It is worth noting that the 46th item in the “Information Industry” category in the encouraged catalogue is: big data, cloud computing, information technology services, and blockchain information services within the country's permitted scope.

The restricted category includes a total of 16 major projects, including agroforestry, tobacco, and pharmaceutical-related industries, mainly due to backward technological processes, non-compliance with industry access conditions and relevant regulations, and prohibiting new capacity expansion and construction capacity and process technology that need to be supervised. Equipment and products.

The elimination category mainly consists of backward processes, technologies, equipment and products that do not meet the requirements of relevant laws and regulations, do not have safe production conditions, seriously waste resources, pollute the environment, and need to be eliminated.

It is worth noting that in the category of “Late Production Process Equipment” of the 16th National Congress of the Elimination category, the virtual currency “mining” activity (the production process of virtual currency such as Bitcoin) is among them.

For this catalogue, the industry has responded enthusiastically.

The leader of the Leipzig pool, Jiang Zhuoer, believes that the NDRC's policy is one-size-fits-all. he thinks:

"Digging can be a big industrial production behavior. In the case of serious water abandonment in Sichuan and other places in China, bitcoin mining is a wonderful industry that can turn waste water into dollars without pollution, and exporting bitcoin can increase the country. In addition, mining has created a large number of employment opportunities in the fields of chip design, mining machine production, transportation, operation, maintenance, power supply, etc., and increased the number of people and power stations in Sichuan, Yunnan, Inner Mongolia, Xinjiang, etc. The revenue of the grid. These are obvious benefits."

Chen Lei, the founder of Bit Blue Whale and the secretary of the blockchain club of Peking University, said:

The mining industry is small in scale and relatively scattered. It involves a very small population, a small impact, and no pollution. It mainly uses idle power. From all aspects, the possibility of country-led rectification is very low, and there is no uniformity from the top. If the deployment requirements are met, the local government will mainly look at how to use this red line. It can be a knife-killing or a plus-income increase.

The well-known blockchain Hong Yanning accepted an interview with a shared financial reporter:

Hong Yining believes that China currently holds a world leading position in all areas of the virtual currency mining industry. If this causes the outflow of technical talents, it will be very distressing for China to lose its leading position in the future data economy trend.

"Restricting virtual currency mining in China will not affect the development of the entire industry in the world. The only change is the distribution between regions." Hong Yining finally said.

Preconceived? Tencent, Huawei and other big companies bet 5G and blockchain at the same time