Previously, Team Just's products have caused a lot of waves in the industry, such as the classic blockchain Ponzi project PoWH3D, which has brought countless people to the Ponzi pyramid, which is 10% of the transaction fee, and went online in July 2018. Fomo3D's flash game, the game is hot enough to completely block the Ethereum network.

This time, Team Just released a new game called Just Game, which has so far created a lot of heat in the blockchain community at home and abroad. Is this game called Fomo3D Evolution worthy of our attention and participation?

Read the rules of the game in one article

BlockBeats After reading the white paper of Just Game, it was discovered that Just Game can be understood as an evolutionary version of Fomo3D games . It has the Fomo3D game holding share in exchange for dividends, the final purchase of the jackpot, the countdown flash, but also do more thinking on human nature.

1. "Gift box" . This is a game rule that distinguishes Just Game from Fomo3D. In the Fomo3D game, players need to participate in the purchase of a prop called Key, which is equivalent to the player's participation bonus ratio in the total prize pool and the chance of winning. The price of Key will not increase with the game time. Cheap, expensive after buying. So in Fomo3D, the first person to buy can buy more game bonus "shares" at a very low price.

In the Just Game, the Key becomes a "Gift Box", and the purchase price of the gift box is the same (price is 25TRX per box) , and the value contained in the purchase is 0. However, the dividends represented by the gift box will increase as the new "Gift Box" is purchased or upgraded by other players. The value is getting higher and higher, starting from 0. By the same token, we can speculate that the first to buy a gift box, the higher the profit it will generate during the entire life cycle of the game, the sooner you buy the better.

2. "Restart dividends" . This is the most similar game rule for Just Game and Fomo3D. Just Game also has a countdown function. After the game starts, it will enter the 12-hour countdown. Every time someone buys a "Gift Box" or will open a "Gift Box" or upgrade the "Gift Box", the game countdown will increase by 30 seconds. When the countdown is over, The last 100 people who buy the "Gift Box" will divide the prize pool of the Just Game game. Of course, the last one will have an extra small bonus from Team Just, the exact amount is unknown.

Compared to Fomo3D, only one person took the grand prize, and Just Game gave the final prize to 100 people to share. According to Team Just's idea, they hope that the winners will be able to share and let more people participate in the game, instead of a million-dollar winner like Fomo3D who didn't dare to show up.

But this approach creates a huge risk, and we will explain it to you in the risk section below.

3. "Open the box in advance" . Another big difference between Just Game and Fomo3D is that it provides a more convenient exit mechanism for speculators. According to the Just Game white paper, anyone who buys a "Gift Box" can double the value currently included in the "Gift Box" if they opt out before the game countdown ends.

Doing so will allow speculators to get good returns directly, but they will also lose the dividend interest in future games and the chance to win the "Renewal Dividend" Hundred People Award.

However, when you quit, you need to wait for the game to go online before you can judge.

4. "Gift box upgrade" . The official FAQ shows that the "Gift Box" can be opened by the user. When opened, you can get double the value return, or you can be upgraded, or settle the value after the game is over. The so-called upgrade is worth the system to settle the value already contained in the current box, and then use these values ​​to buy more boxes, which can be understood as "dividend and then vote . " The dividend-re-injection box contains a value of 0, which requires a resumption of value accumulation, but with more boxes, the more dividends there are.

1. This game has been delayed for a long time . In fact, Just Game started development as early as 2018 Christmas. Sun Yuchen also said on Twitter that he was working with Team Just team, but the development progress of the game did not accelerate, but dragged on.

In a Team Just team announcement in May, the team mentioned that the game will be released in late June, but in fact we only saw the news of the game in early July, and it was completely out of line with all the information leaked before. . Perhaps the team has changed the game mode or the game mode in the middle, which we don't know. Of course, the Team Just team also knew that they had postponed, so they also issued a notice saying "Your waiting is worthwhile."

The block rhythm BlockBeats will strive to communicate with the Team Just team, perhaps with more team information.

However, compared to the Ethereum blockchain, the wavefield blockchain is indeed more friendly to ordinary people. After all, the wavepot generates a wallet for free, and the transfer is free (the average person generally does not exceed the free fuel amount).

Team Just insists on the idea of ​​decentralization. All the DAPPs they have released so far rely on smart contracts to run autonomously, without errors , and the team can't modify the game. Block Rhythm BlockBeats predicted last year that PoWH3D and Fomo3D might have problems with smart contracts, and Fomo3D did encounter a security issue. At the time, the first result of Fomo3D was about to be released. In order to get the bonus, the hacker took the initiative to block the Ethereum blockchain and initiated the bonus. But this has nothing to do with Fomo3D's smart contract security, just the Ethereum consensus agreement.

Perhaps Just Game switched to TPS to claim that thousands of wavefield blockchains could be improved, at least users can confirm transactions in a short period of time, and they will not encounter congestion problems. The Team Just team is currently conducting a beta test of the invitation system, which may help us to eliminate some contractual issues.

3. Team Just has not forgotten those who bought P3D quilts . Hold a P3D Token and map 1 to 1 to the wavefield TRC-20 token. The P3D Token will also serve as the basis for the game's dividends, so holding a P3D Token is speculative. However, every transaction of the P3D Token will incur a 10% fee, which is to trade 10 P3D Tokens, and the other party can only get 9. But Team Just also said that the new P3D Token (TRC-20) may not set a 10% fee.

Regarding the Ponzi pyramid model of the P3D Token, the block rhythm BlockBeats has been reported as early as 2018. As to whether this opportunity is worth investing, you need to make your own decisions after reading the article.

[There have been 100 years of scams, and finally came to the blockchain! 】

[Fomo3D analysis of block tempering overnight, earning a hundred times or not? 】

Just Game game may not end

Team Just chose to work with the wavefield blockchain, in large part because the performance of the wavefield is better than that of Ethereum, and the code is more convenient to migrate from Ethereum. The PoS public chain is indeed faster than the PoW public chain in handling transactions, but there are some risks.

Because there have been such problems on Fomo3D, there is no problem with smart contracts, but hackers can launch attacks by blocking blockchain transactions, resulting in ordinary people unable to submit transactions to purchase Keys. Only underground hackers can initiate the final transaction. The grand prize fell into the hands of hackers.

Because of the high TPS and low "gift box" prices, this game may never stop. Unless there is a problem with the wave block blockchain, the entire network is down for more than 30 seconds, otherwise anyone can buy the box at 25TRX and add 30 seconds to the countdown. Whether it can withstand attacks, can maintain the stability of node servers around the world, will greatly test the development capabilities of the wave field team.

And because of the free registration of the wave field account and the limited use of free, the people who have the heart can compete for the final prize by registering countless accounts, just need to transfer 25TRX to each account, you can complete a "gift box" snap. DAPP game brushes have appeared on both the EOS and Tron blockchains, and up to 95% of DAPP transactions on the wavefield are initiated by brushes.

The presence of the brush will cause a huge disruption to the real player and affect the fairness of the game. BlockBeats believes that many security teams will analyze the data and find that several hacker forces are recharging and trading for countless accounts to win the prize.

Is this game worth participating?

There are a lot of unresolved rules that have not been announced, which has caused players to be unsure when they should open the box, when should they upgrade the gift box, and where to buy more gift boxes.

And the other core "invitation system" of the Fomo game did not release news . This is a crucial factor for KOL and related media and the game itself. It is reported that Just Game will include a promotion system with at least 2 levels. Welcome to the game block release block BlockBeats use the invitation link, we will continue to return the dividend to the readers.

So far, because of the imperfect information, BlockBeats can't give a question whether this game is worth participating as an investment or speculative project, but it is certain that Team Just is really trying to decentralize the game to the world. Promotion. According to the rules that have been announced so far, the game will last longer than Fomo3D.

There is no doubt that Just Game is a good try. If you are an early adopter, you can wait for the game to be released before you participate in the game; if you are a speculator or investor, you can now join their Discor to get the qualifications for the internal test, more comprehensive understanding of the rules of the game, so that the game is online Then show your investment strategy; if you are an institutional investor, you should find a lot of DAPP development team similar to Team Just, they are showing strong decentralized development strength, maybe Team Just will lead the next wave of DAPP Development heat.

*You can follow the DAPP Review public number to get the Chinese version of the Just Game white paper!

**If the content is biased, the block rhythm BlockBeats will be revised and corrected in the comment area. Readers are welcome to errata!

The Central Enterprise E-Commerce Alliance will focus on ten areas such as the alliance blockchain in 2019. 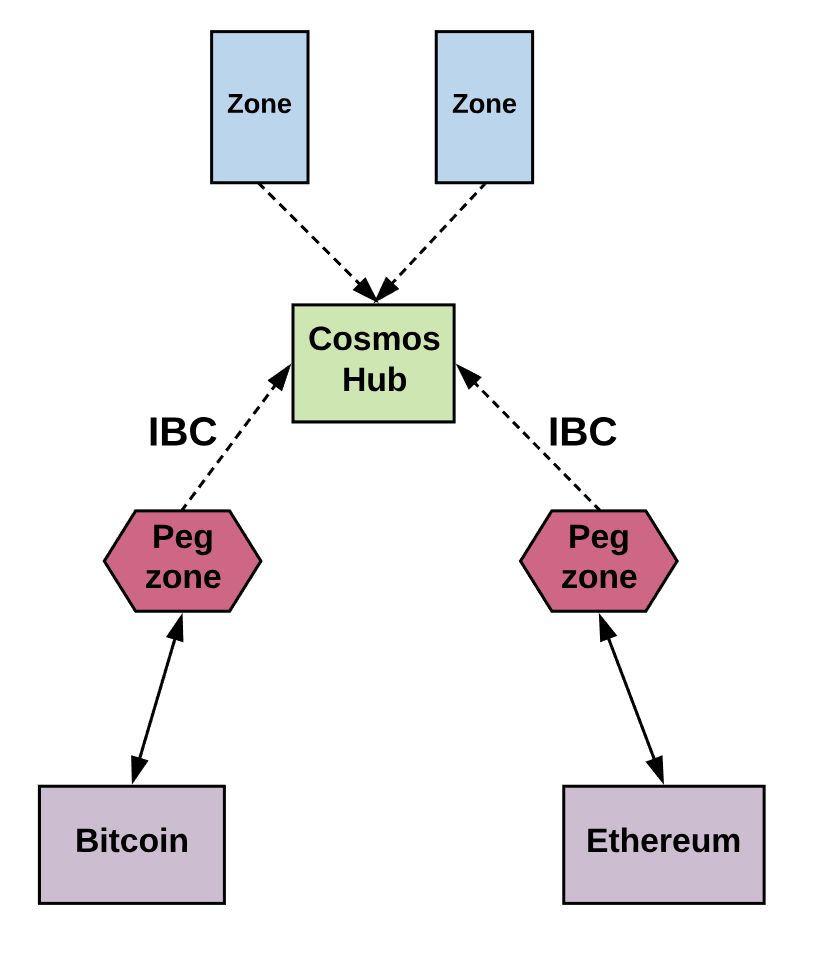