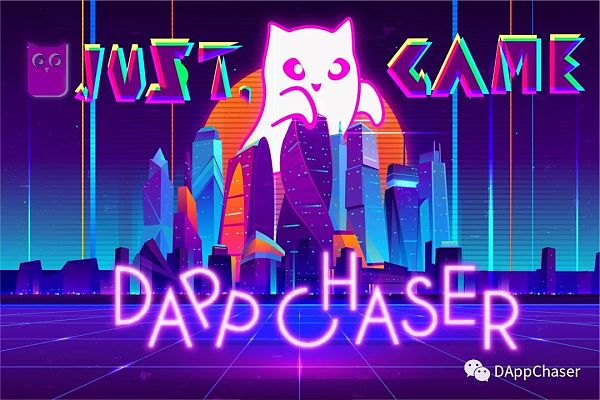 On July 6th, Team JUST, the founding team of Fomo3D, just released the official website of the team: https://just.team, officially indicating that a new journey is about to start: 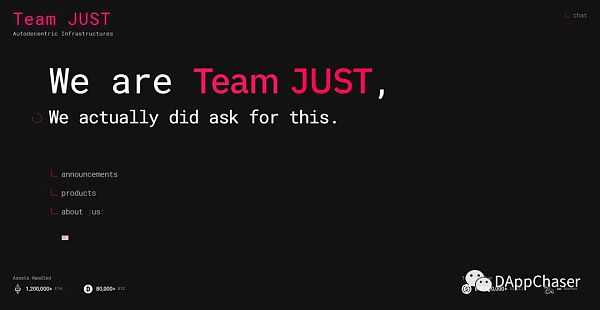 In fact, as early as May of this year, Justo has announced on the official discord channel that the new game developed by the team is about to kick off, and players are expected to expect a surprise after a month. Since then, discord community members have asked about new game launch time issues almost every day:

Information about the new game JUST.GAME, including the current version of the white paper, is available on the Announcements page of the team's official website. 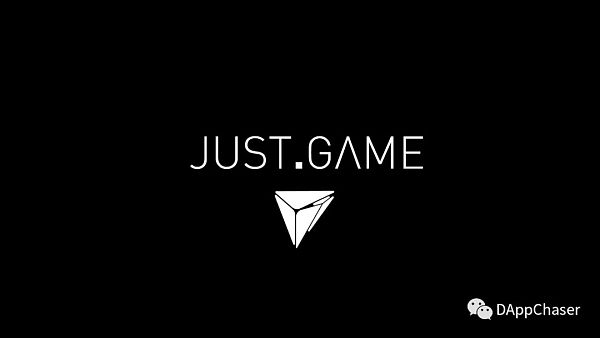 Regarding the white paper, DappReview, the earliest DApp platform in China, has taken the lead in releasing a very detailed interpretation. I would like to invite interested friends to read this article directly: " Explosive Dapp Booking – Fomo3D team released a new game Just.game white paper! 》

Core point: The new game is no longer based on Ethereum (ETH), but the wave field (TRX) .

After the beta version was released, it caused a short-term rise in TRX prices.

The new game will have a personalized artificial intelligence to talk to the player and lead the player to ARE.

The world of (Autodecentric · Recursive · Economy) realizes the "code is law" principle widely existed in the encryption world and science fiction, and even fulfills the responsibility of science.

At this point, the DApp, code-named Autodecentric Software, puts on the hood of artificial intelligence, becoming a more temperature-existing existence, like MOSS in "Wandering Earth" or HAL 9000 in "2001 Space Roaming", but JUST. The AI ​​in GAME is placed in a more AI-friendly financial system. It is based on the principle of chain trading , honest and reliable, and it is like a perfect world that gives up self-awareness in Harmony .

"If my imagination is a kite, the reality is the line, and the cable is held to let the kite fly to the sky, so it is easy to bring the reader into the world you imagine." This is a sentence from the science fiction writer Liu Cixin.

For the time being, let's put aside the various new terms. TeamJUST's attempt is undoubtedly an effort to create a line connecting incremental users and lowering the threshold of DApp games. It is worthy of recognition. 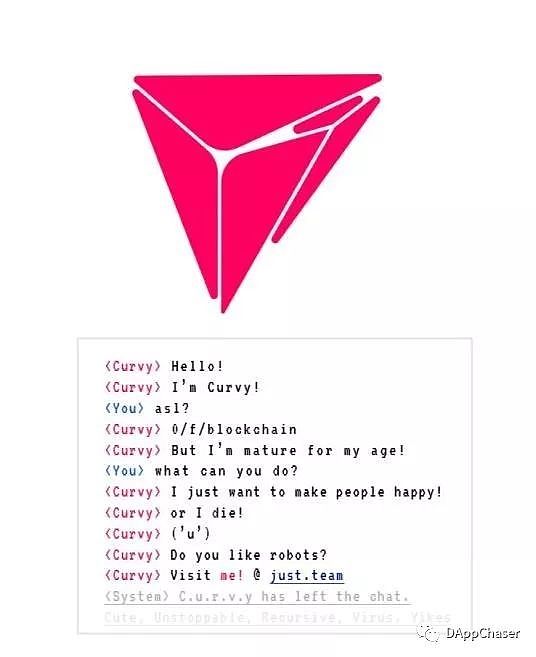 The beta version still has a Promote page that matches the propagation effect. 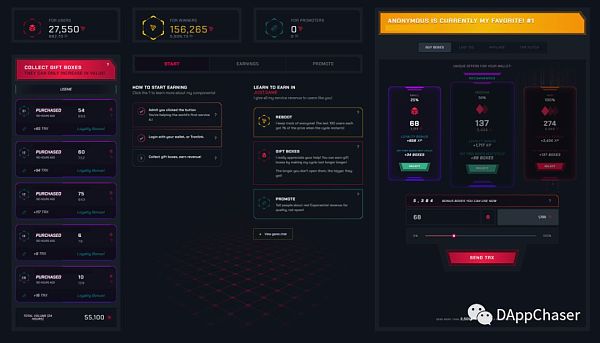 This is another new term in the white paper. It can basically be replaced by a noun that everyone is more familiar with: (a reddish) platform coin , but the dividend time (the opening time of the box) is also decentralized, not by a certain centralization. The agency decides, and the dividend is destroyed . On the one hand, it will increase the proportion of the remaining total value of other boxes, and on the other hand, it will benefit from another rule that doubles the dividends obtained in advance.

This is also a focus of innovation on the token model that is worth learning from platform coins. There are many details that are worth pondering and learning.

The information is also from the official Discord channel. It is expected to be open source two or three months after the official launch, you know.

*Other: Decentralized ads, and the remaining 21-45 pages of unpublished content.

In addition to these core points, we also want to add two very critical issues from the perspective of players and investors:

1. Can P3D holders continue to pay dividends from new games?

According to the team's past commitments, all new games will bring dividends to P3D holders, but the new game is not based on Ethereum, this commitment is difficult to achieve directly, and the player will sell P3D due to the rules. A 10% loss, a more reasonable treatment is to mortgage P3D, in order to get the token of the new game.

According to the latest announcement, P3D will be converted into a new project through a “1:1 ratio”, “and may even generate some additional profit” . 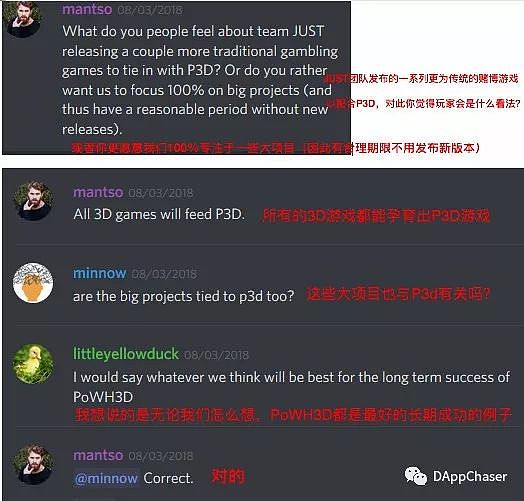 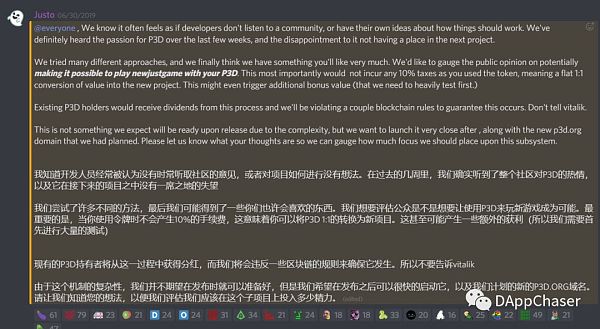 The results of this new rule are also obvious: 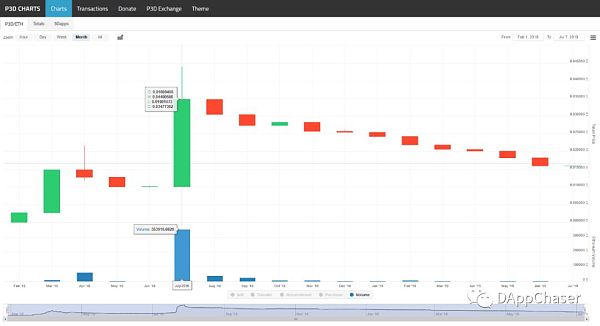 2. What way do you need to play the game?

According to the team, the new game no longer needs to be played by MetaMask or TronLink wallet like P3D and FOMO3D. Instead, it only needs to know how the cryptocurrency works, and can use any mobile phone or even the "Exchange Wallet". "You can also play.

However, the team did not disclose the specific gameplay for the time being, but was confident in fulfilling this promise.

In fact, it is still solved through smart contracts. After all, the P3D contract has been updated after a problem, and it has been running safely.

All in all, in front of the main online line, the above is only based on the integration and inference of wired information, and can not guarantee the final establishment, but as mentioned in the relevant articles in the past:

The success of the FOMO series is due to the perfect combination of a mature worldview and an economic model .

However, objectively, the individual does not think that the game can be as hot as Fomo3D. When the curiosity of the stock user has already burned out, only the naked speculation is left, the gift box will be far less scattered than imagined, and only It will be opened sooner or later, unless the box can really be sent to more newcomers.

(Note: As of the date of publication, the beta application channel has been temporarily closed.)

Written at the end:

It has been a long time since the public number was updated. However, friends who have been paying attention should also find that the official website is still continuously updating and adding new modules.

DAppChaser is still a relatively decentralized organization. Anyone can submit articles on the website. Most of the texts are from Blocknia, Lucas and Erica, but my body still plunges all the way. Therefore, the public part was temporarily put on hold, and the original plan was to be repeated in August or September – so it can be seen that AI is important for decentralization~

However, just after completing the latest science fiction outline, I found the existence of JUST.GAME. It is coincidental that my science fiction is also about the cyberpunk story of AI in a blockchain financial system, so I can't wait to pull on my friends. Study together, there will be this unpredictable advance update~ > < Encrypted wallet MoA v1.0 is officially released, and asset tokenization can be realized with a few clicks.