Opinion: Most BTC financial privacy is in the "streaking" state blockchain needs anonymity

(For example, 1a8LDh3qtCdMFAgRXzMrdvB8w1EG4h1Xi is the address of Tim Draper. By tracking, we can see that it divides the currency into many addresses, so as to avoid people's eyes and ears)

With the development of blockchain anti-anonymity technology, the incorrect use of these less-popular blockchains will result in the user's financial privacy being streaking.

For example: User A likes to reuse the same cold wallet address to save his BTC. He will vote for some bitcoin every once in a while, and then he will deposit the obtained currency into this cold wallet (assuming there are 1000 in it). BTC). This may be done through the exchange, or it may be done through OTC, and if it is through OTC, then the other party that deals with User A can know through the blockchain query that this user A is likely to have 1000 BTC. Huge money, of course, the probability that the counterparty is a malicious party may not be too high, but it is possible that he inadvertently told others that this user A has this huge sum of money. Then, a criminal who knows the news is worried about User A. After designing the crime plan and implementing it, he forces User A to surrender his 1000 BTC. Due to some characteristics of Bitcoin, through some complicated technical operations, The criminals are BTCs that can be anonymously transferred and eventually use these snatches, and the funds that are snatched away cannot be rolled back to User A through the books.

Or, a company’s salary is settled by BTC or other currency, and the company also uses batch payment technology to reduce the cost of paying to the miners, and then the staff receives their salary or bonus, then You can see the income of his colleagues. If he happens to know the address of a staff member he doesn't like, and knows that the other party's income is higher than himself, then the staff may be psychologically unbalanced and may even cause trouble.

Also, many Bitcoin transactions will have a zero-change output. If a change-based address can be found, this will be a serious privacy breach because it links the ownership of the (now exhausted) input with the new output. . When used in conjunction with other privacy breaches (such as address reuse), the change in output can result in complete exposure to financial privacy.

Finally, I would like to remind you not to post your own bitcoin address online, even if there is only 1 BTC, because such behavior will lead to very serious privacy leaks.
The importance of blockchain token interchangeability

When it comes to privacy leaks, then we have a problem, that is, if the privacy of a coin is seriously leaked, then the value of a coin that is not leaked by another privacy but equal in number is not equal.

For example, if you receive 10 BTC through OTC, but in fact, this currency is related to illegal land such as the dark market, then although you are innocent, the value of these coins may be 0 (will Being frozen by the exchange), or if you later learn that these coins are problematic and want to reduce losses, then one possible method is to wash the stains that are contaminated by constantly mixing the coins, which will eventually lead to A large loss, that is, the original 10 BTC, is not equal to the normal 10 BTC in value.

This is the problem caused by insufficient privacy. Therefore, the statement that 1 BTC = 1 BTC is actually inaccurate in the current situation.
What options are available to increase the financial privacy of Bitcoin users and to improve the interchangeability of Bitcoin?

Of course, it is not that the Bitcoin blockchain is completely open and transparent. In fact, there are currently many ways to increase the financial privacy of Bitcoin users.

In summary, the options available are as follows

Currency control, which currency is selected as the input of the output transaction, avoiding the zero output;

Avoid using the blockchain browser to query your own address;

Use a full-node wallet;

It is foreseeable that most of the above techniques and techniques are not used by ordinary Bitcoin users, that is, most Bitcoin users are at risk of exposing privacy.
What are the privacy technology solutions for other blockchains?

In general, the purpose of these programs is to hide the address and transaction amount information of the receiver and the sender, so that the privacy of the user is guaranteed.

Which of these solutions will eventually win, the author believes that on the one hand depends on security (ie no dangerous attack surface), on the other hand, the cost of privacy transactions, that is, the lower the transaction cost, the higher the success rate.
Developing privacy technology is to protect ordinary users, not crime

Well, the above simply mentions some of the privacy schemes used by current Bitcoin and mainstream privacy coins. Here are some personal observations:

Different from the intuitive understanding of most people, the author believes that the development of blockchain privacy technology is not to promote crime, but to fight crime!

How to explain it?

Criminals use bitcoin, which does not care about transaction costs, so even if the very expensive privacy technology solution can help them to be anonymous, they will try their best to adopt it. Whether privacy technology can be popularized has nothing to do with criminals. .

Ordinary Bitcoin users have a lower awareness of financial privacy protection, and high-threshold privacy technology schemes will block them, making most Bitcoin users a target for criminals (with the rising price of Bitcoin, the power of criminals) It will be bigger).

The low threshold of privacy technology can protect the financial privacy of ordinary users from infringement, and the fewer the criminals have the goal, thus achieving the fight against crime.

So, some people may argue that anonymity and supervision are not antagonistic? The author believes that for the regulatory authorities, the development of anti-anonymity technology is a better choice than the fight against anonymous technology and anonymous currency, because for the regulators, the target is only the criminals who wash money and drug trafficking. Not an innocent user. The technology itself is not guilty. Ordinary users will not choose crimes because they use anonymous coins, and strengthening anti-anonymity technology can effectively crack down on criminals.

Some time ago, Brian Armstrong, CEO of Coinbase, a US compliant bitcoin exchange, pointed out on Twitter:

“A scalable, sufficiently decentralized, blockchain (Privacy Currency) that supports private transactions by default will change the rules of the game.”

Seeing this, I hope everyone can have a more rational understanding of privacy technology and privacy. (Babbit) 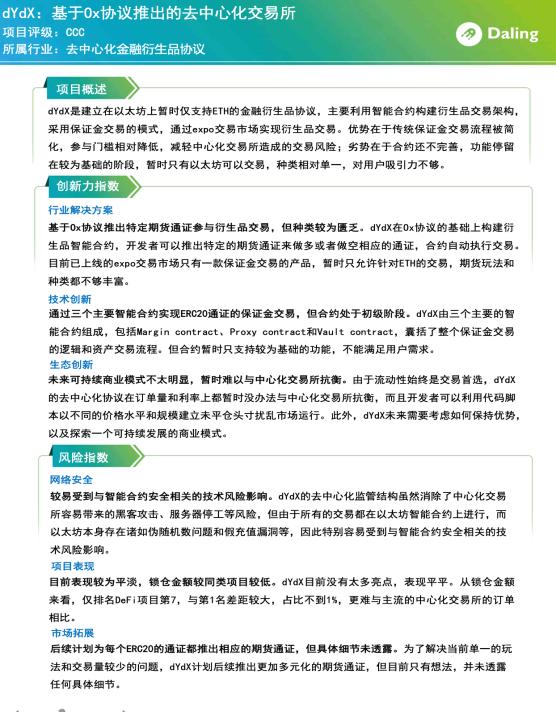 Data: Philippine and Malaysian BTC P2P transaction volume soared in the past week