Fomo3D game wants to be attached to the wave field to resurrect with new tricks but still dangerous and unpredictable, losing more and earning less

Then, in the currency circle where the traffic is “insecure”, what is the big deal to get all the traffic for free? The answer is a combination of two swords: Fomo3D team + Sun Yuchen marketing .

The hottest word in the currency circle this year is not a public chain or a cross-chain, but a model. Although this is not a good word.

It can also be seen from this that the current market sentiment is more impetuous than ever before, and people are even reluctant to “walk a procedure”. When there is only one reason for the rise in the price of the currency – “going out of the model” , even technology When nouns are unwilling to mention, DApp hopes that it will become impossible for people to play a game slowly .

The Fomo3D team, as long as it is not a new white investor in this year, should remember the excitement and madness of Fomo3D at the time. As a game with almost no marketing promotion, on the first day of the start, more than 80,000 ETH transactions, or more than 30 million US dollars, were generated . 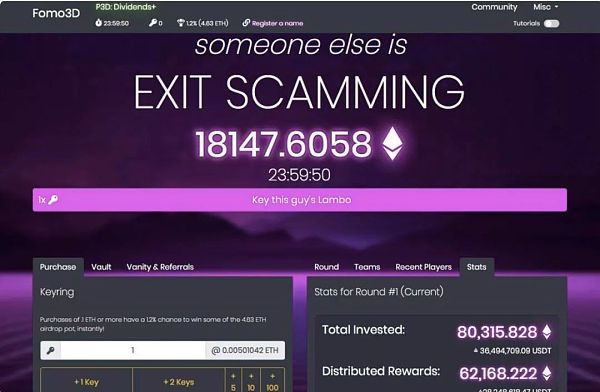 This game is quite simple. Although there are many game rules and fresh nouns, the core logic is one: the money that comes later comes to the first-time winners, and there are multiple levels of invitation mechanism, making less money and losing more.

Yes, it is the same concept as the funding disk. Simple and straightforward lap play, in less than a few days, there are countless imitations, but most of them are also short-lived.

So this time, what kind of new tricks did Team-Just (the FOMO team) bring to us? In a nutshell, the logic is the same as before: the money of the latecomers will be the benefit of the first comers . Here's the gameplay that DAppReview summarizes: 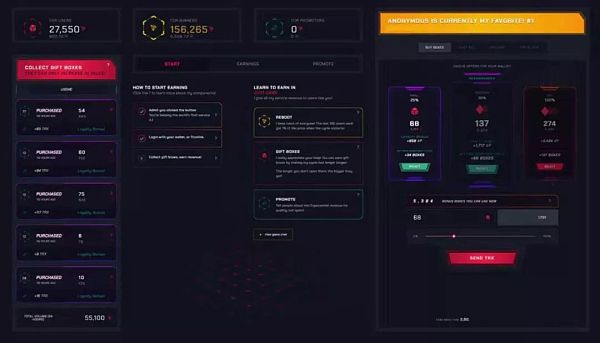 Simply put, this game is that you buy a box with TRX, and then wait for the appreciation, after you are satisfied with the price, you can open the treasure chest, and the last one hundred people have mysterious rewards. Unlike Fomo3D's very simple and rude gameplay, this game incorporates a lot of psychology, economics, and game theory considerations, and also incorporates artificial intelligence.

The picture below is part of the white paper: 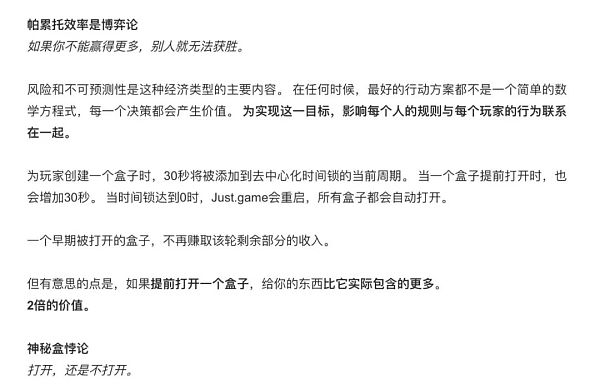 Do you want to maximize your earnings?

Then calculate it well. Otherwise, not only will the gameplay be greatly upgraded, but there will be a variety of small designs that will greatly increase the game's fullness, including the advertising system and the new concept of “leverage socialization”: 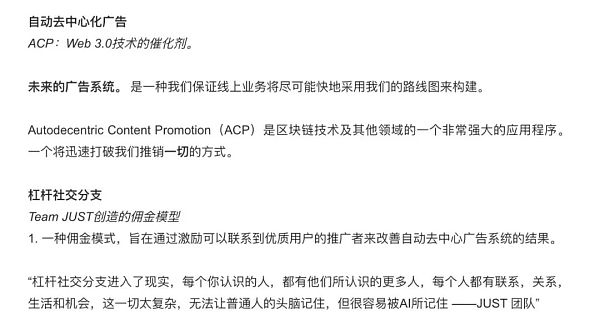 Although we know that it is essentially what we are familiar with.

02 What are the main risks of the game?

In fact, many people have learned that this game is from this screenshot: 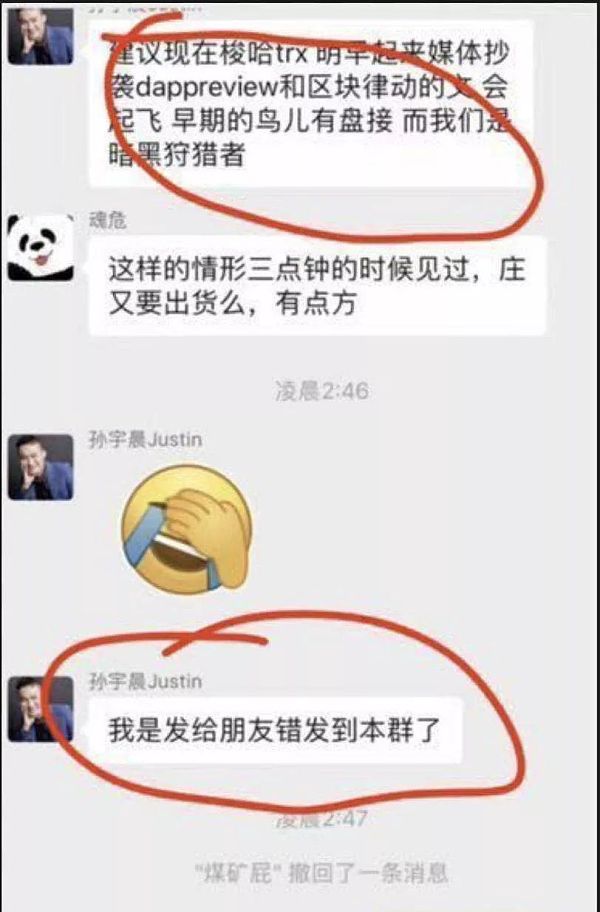 Of course, many people will doubt the authenticity of this screenshot. After all, in the currency circle, the reliability of many pictures is not as good as the self-photograph of net red. But through Sun Yuchen's Weibo, personally think that this is not a coincidence, nor is it acting :

Needless to say, at least this new game is based on the wave field development, and the hard currency of buying game tokens has also changed from ETH to TRX. Sun Yuchen is also the earliest promoter in China. The price of the currency affected by the game has also risen a lot. Many factors have to be guessed: behind the scenes may be the wave field being manipulated .

Last year, Fomo3D was criticized by many people, that is, using ETH as a means of payment, and the ETH network is very easy to be congested, causing many people to increase the fee in order to participate in the game as soon as possible, and to block players who cannot pay high fees. Outside the door, either wait a few hours, or spend money on the car, quite helpless.

It was also from that time that EOS supporters began to clamor to replace ETH, because EOS's almost second-rate payment experience is far better than Ethereum. But when the DApp wave brought a large number of users to the EOS ecosystem, people were surprised to find that Ethereum had only a threshold for handling fees, but EOS has registration, RAM, CPU and so on, which is no easier and cheaper than Ethereum .

The wave field registration account is free, the transfer is free, and the use is free. Of course, the wave field also needs to use pledge for resources, but it is relatively easy. However, the wave field ecology has not been verified by a large number of users. It is not known whether it can remain stable. Although the number of users and trading volume on the bright side of the wave field has exceeded other public chains, this is not the true amount. Everyone should be clear. In addition, it is not a day or two for the wave field to be criticized. "Wave Field = Sun Yuchen" is still the consensus of most people. If there is a time when money is stolen, lost money, wrong transfer, etc., is it rolled back?

In the past year, the news that DApp was attacked seems to have never stopped, and hacking is still happening after DApp is no longer busy. Therefore, traditional games have not been worried about the security risks, becoming the number one enemy of blockchain games.

It is a big challenge to build a high-profile game in an unverified wave field. It is very likely that there will be a lot of follow-ups in this game, and the overwhelming marketing will follow.

Regardless of whether you are interested or not, you must know that human greed, gambling will always lose more and earn less . For the Just Game game itself, like other games, you need to face the risks and participate rationally.

Norwegian airlines will accept cryptocurrency to pay for flight fees

Security company: Ethereum network has an abnormal transfer of up to 111 ETHs

Analysis shows that the short to medium-term trend is still in a pattern of more than one, you need to pay attention to the 7100 first-line support