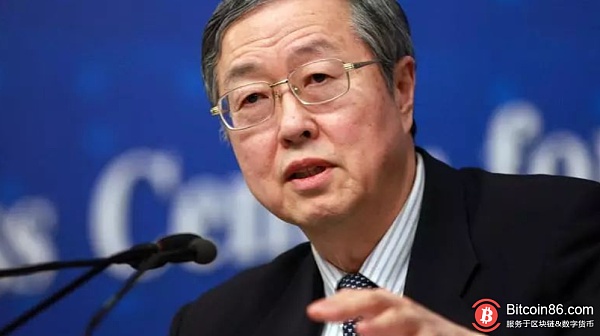 On July 9th, at the seminar on “China's Foreign Exchange Management Reform and Development”, Zhou Xiaochuan, former president of the People's Bank of China and president of the China Finance Association, commented on Libra, the popular Facebook cryptocurrency, and thought that there might be a kind of future. A more international, more global currency leads to the exchange of major currencies with it. “This thing is not necessarily Libra, but from the trend of recent years, there will be many institutions and people trying to build a currency that is more conducive to globalization.”

Zhou Xiaochuan suggested that the study of such trends should be early, and can learn from the Hong Kong “currency bureau” Hong Kong dollar issuance system, and require 100% guarantee for the issuer of digital currency. Such research is very meaningful.

Zhou Xiaochuan said that Libra has made at least two improvements based on the past cryptocurrency:

First, it absorbs the lessons of the previous cryptocurrency attempts to rush, and can avoid large fluctuations in currency and speculative components;

Second, Libra is aiming at the hard needs of cross-border areas. Especially for developing countries, cross-border remittances still have time and cost barriers, so it is aimed at this difficulty.

Specifically, Libra's first advancement was to avoid the drawbacks of cryptocurrencies being tempted to make money.

If the People's Bank of China conducts cryptocurrency research, it can refer to the experience of Hong Kong. The Hong Kong Monetary Authority can issue money from commercial banks (not necessarily the central bank). However, a 100% proof of supply must be prepared at a certain exchange rate of the Hong Kong dollar.

The second improvement is the issue of improving cross-border payments. Libra seems to have little advantage in developed countries and has a greater impact on developing countries.

Zhou Xiaochuan believes that although there are progress, Libra also has problems, such as anti-money laundering. In addition, how is the Libra reserve assets managed? To what agency? There are also issues that can be discussed. "It doesn't know if it can succeed, but with this idea it will have an impact on the existing system."

At this stage, the strong global currency is mainly the US dollar. The process of dollarization has also been going on. Some extreme examples have emerged, such as the fact that a country in Africa has abolished its currency and switched to the US dollar as its currency. "We have observed that in Central and Eastern Europe, Central Asia and other regions, there has also been a more obvious dollarization trend."

Zhou Xiaochuan said that Libra still has to ask a question mark if he can succeed. But at least it puts forward an idea that will have an impact on existing problems. Not only is the impact on traditional business and payment systems, Libra's idea of ​​trying to focus on a basket of currencies represents a trend toward a global currency in the future. In the process of convergence and integration of RMB and foreign currencies, we need to consider the pressure of this trend.

Zhou Xiaochuan emphasized that maintaining a strong monetary status may put us in a favorable position in the process of the entire internationalization and globalization of the renminbi.

Chinese research institutions should "prepare for the rain"

How does the renminbi respond to this future trend? Zhou Xiaochuan believes that it is necessary to plan ahead and make policy research in advance.

Recalling China's development history, after the global financial crisis in 2008, one of the most important reasons why China can continue to narrow the gap with the United States is that "our financial system is relatively sound."

Zhou Xiaochuan said that China had experienced a major round of financial reforms before the crisis, and financial institutions and financial markets were in a better state. Because of this, we are able to withstand the financial crisis relatively smoothly. This means that it is good for us to check potential risks ahead of time. We need to be forward-looking in policy research and reserves to minimize our weaknesses in possible crises.

OverStock.com and executives are sued for alleged securities fraud

Cai Weide: From the era of big data to the era of blockchain, new thinking and new architecture of Internet

Director of the State-owned Assets Supervision and Administration Commission of the State Council: Encourage enterprises to make greater efforts in blockchain and other aspects

Wuzhen scene 丨 Han Feng: The public chain needs to solve the entire computing environment that extends credibility to the Internet in the future.