According to a Bitcoinist report on March 19, the Federal Deposit Insurance Corporation (FDIC) has approved Bitcoin advocate and Twitter CEO Jack Dorsey's application for the establishment of Square Financial Services. This means that Square, a financial services and mobile payments company that allows bitcoin payments, will soon be able to provide commercial loans. (Source: […]

According to a Bitcoinist report on March 10, Twitter has reached an agreement with activist investor Elliott Management, and Jack Dorsey will continue to be the CEO of Twitter. This statement is a major victory for the Bitcoin and cryptocurrency communities. Board reorganizes, Dorsey will remain CEO Elliott Management's U.S. human rights investment operations director […]

Production: CoinVoice Hero love Born in 1976, Jack Dorsey is also the CEO of Twitter of the United States and the CEO of Square, an electronic payment platform. The $ 4 billion Silicon Valley elite has now encountered a major career challenge. According to Bloomberg, Twitter's new shareholder, Elliott Management Investments, already holds a significant […]

Text | Zheng Yi Production | PANews On December 31, 2019, Sun Yuchen, the founder of TRON, completed the last acquisition during the year, and the decentralized live streaming platform DLive officially joined the BitTorrent ecosystem and began to migrate to Tron. DLive, which launched in 2018 with more than 5 million monthly users, claimed […]

Today’s panic and greed index is 32, and the level of panic has dropped slightly. 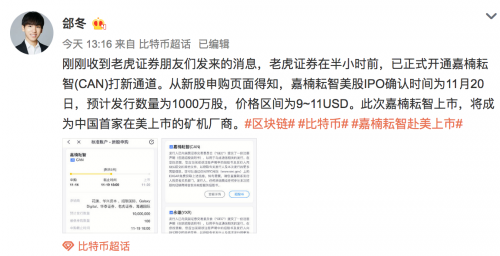 The currency Anxin KYC data was broadcast live again. The hacker claimed that he was not for money, but only for the enemy.